This is the last entry in this blog for a while. I’m back in Alaska, and will be publishing occasionally on my Happy Hour site. Look for some great drink recipes and other stuff!

I love New Orleans, and even on reflection am ecstatic that we have been able to establish a pied-a-terre there. We chose a great neighborhood, and I have worked hard to establish new friendships and relationships in our little circle. I succeeded in basically furnishing the condo, and learning a little about the city while leaving a lot yet to see, do and learn. I didn’t do so well in figuring out how to live the life without spending like I am on vacation, but I can budget better this fall.

On my return, people here often asked Why New Orleans? Besides the mild winter weather and geographic advantages of being in the center of the country instead of the outer edge, I had some thoughts.

At least in my neighborhood, everyone is doing, selling, viewing, or buying art. The graffiti is artistic. People use the streets and sidewalks as studios, and people are carrying cameras or notebooks, shooting pictures or writing in coffee shops everywhere you go. Houses are decorated with traditional and other art pieces inside and out, and people are happy to show you what they have going on. Costuming and style are a big thing. Every house has a costume closet or bag, and garage sales are full of absolutely impractical feathery and glitzy clothes. Every holiday or weekend seems to call for a new fantastic outfit, and many of the creations people were wearing would rival anything at the Wearable Art shows people put on in Alaska. I am really looking forward to Halloween, when people really put some effort in. Many folks choose a style or theme and dress to that theme daily-a lot of goth, a lot of ink, a lot of 40s swing, some steampunk, and my fave, the jazz cat. If people are not writing, painting, photographing, or playing music, they are telling great stories and engaging in conversation as entertainment, an art in itself. 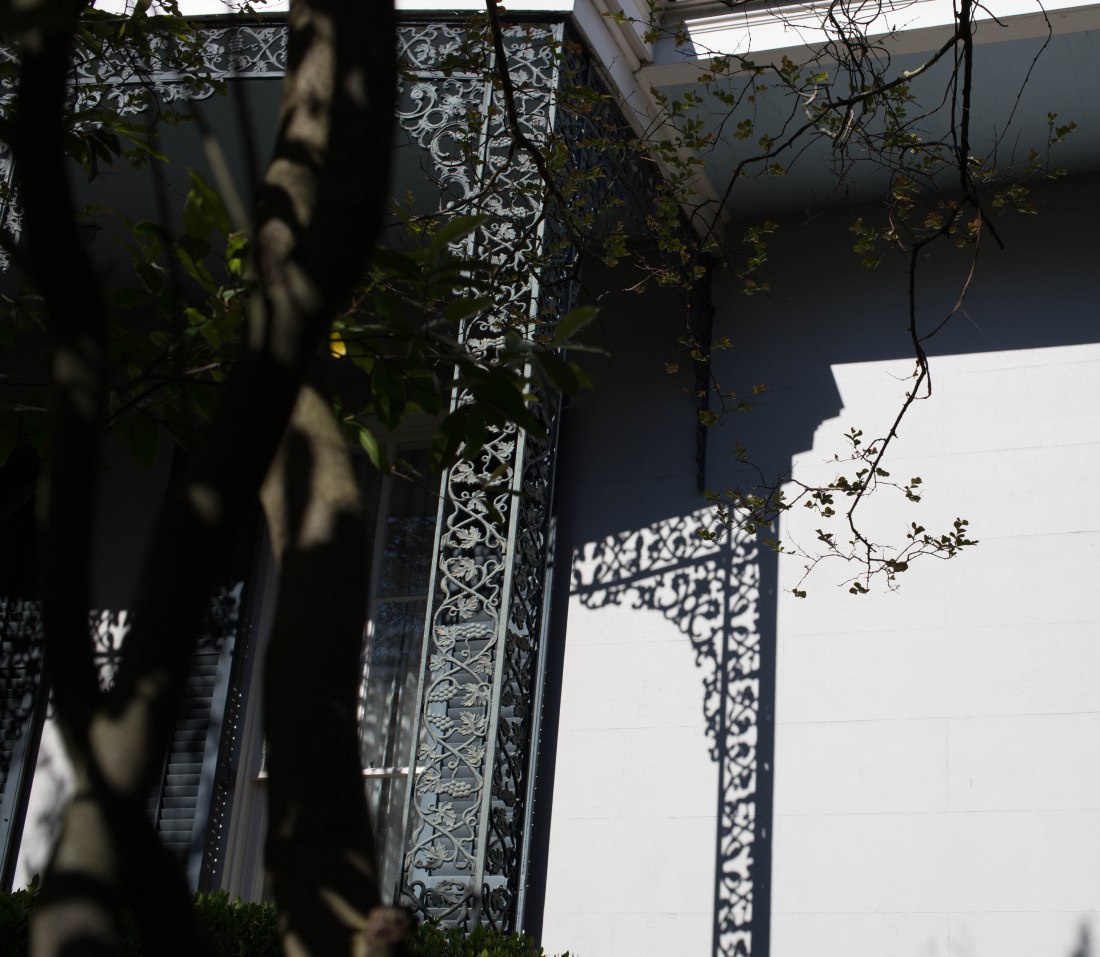 Nostalgia for the Claus clan. Apparently someone else thought a phone booth in the dining room was a good idea. 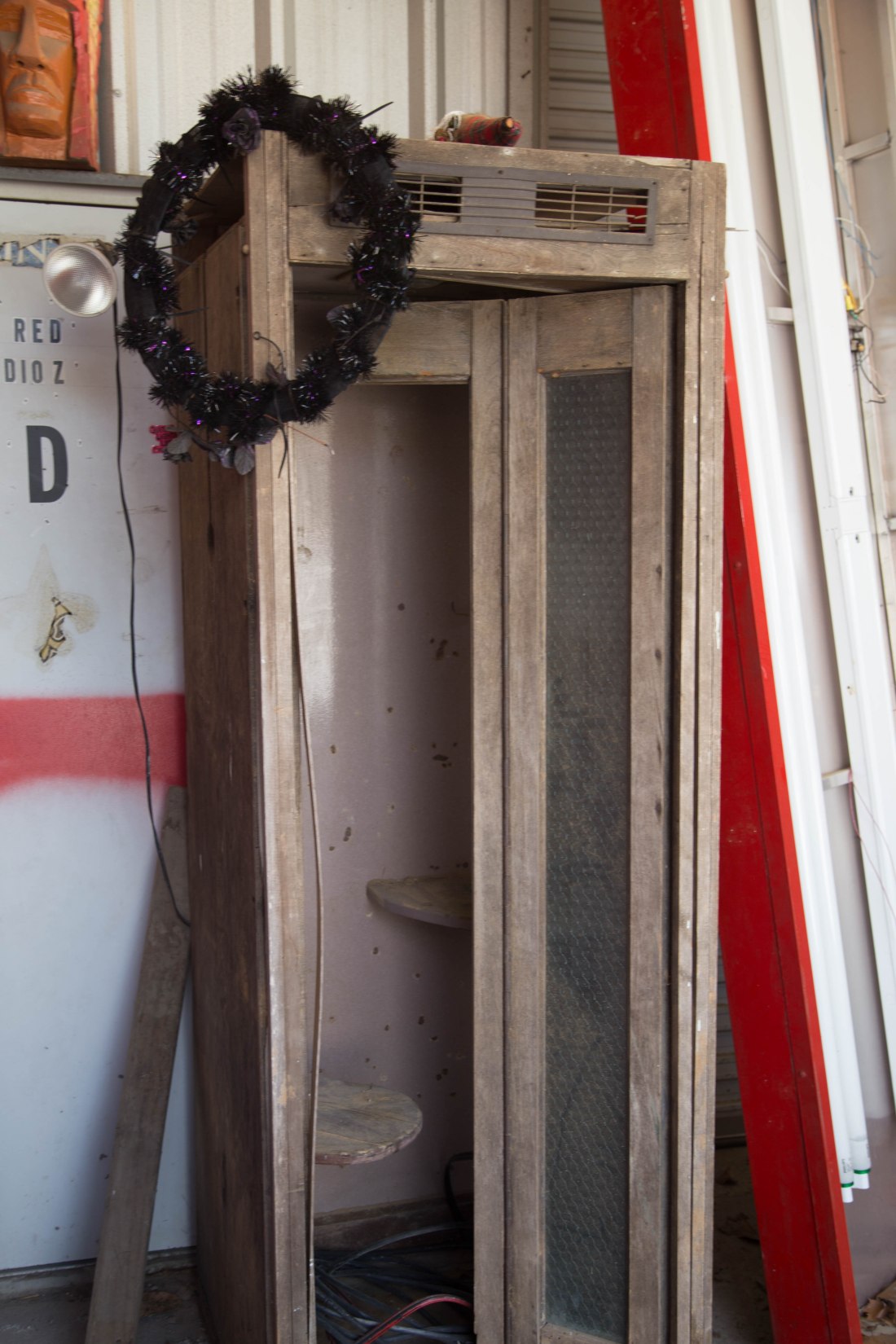 People in New Orleans love their city, and love to tell its stories, even the marginally sourced ones like the voodoo and ghost stories, and these stories influence their daily lives, even in things as trivial as taking joy in hearing the steamboat calliope a few times a day because of the tradition. I read and respect the history of New Orleans, and the sense of place is overwhelming at times. You can listen to youth bands in Congo Square, where slaves and free people of color made music on Sundays in the 18th century, or stand where slave pens were in the 19th, or walk the pavements that Faulkner, Tennessee Williams, or Jean friggin’ Lafitte did, or take your clothes to the dry cleaner located at the site of the recording studio where the first rock and roll was recorded. Tour guides stop their groups in front of our house to tell the story of the Marigny neighborhood. The more I read and learn about the city, the closer I am drawn to the places that made the city, from early colonial days through its place as the cultural capital of the Confederacy and leader in the resistance to Reconstruction up to Katrina, an event that weighs heavily over the city. In Alaska, I have learned over time to respect the long history of people in relation to place, and am starting to gain an understanding of the history of New Orleans in relation to the physical space.

The culture of the Quarter, Marigny, and Bywater is convivial, hospitable, and accepting of everything except intolerance. This is one of America’s oldest and last remaining bohemian districts, and comfortable for an old policeman who really has no interest in telling other people what they should be doing. Been there, done that, and it is a lot more sane to look at folks and think “Dowatchawanna”. I do question the need for the bar sign “No flogging outside” but that is the inner Midwesterner shining through, I suppose. 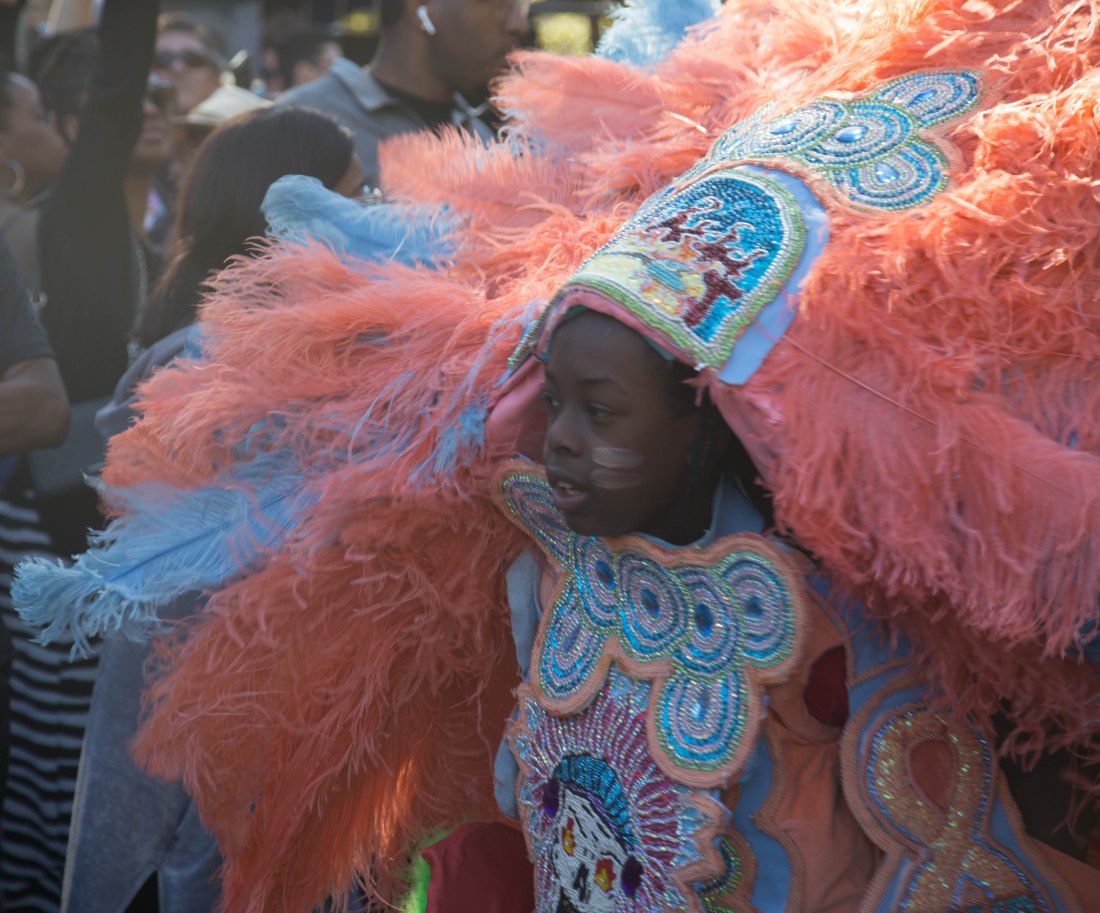 I saw and heard live music every day for the 6 plus weeks I was there. Some of the music I sought out, other performances came to me in the form of parades or second lines, or just street players who were worth listening to. I saw Charmaine Neville, Kermit Ruffins, James Winfield, Samantha Pearl, Rare Form, Uncle Yoke and the Catahoulas, Banu Gibson, Tom McDermott, Aurora Nealand, The Caesar Brothers Funk Band, Kristin Morales and the Inner Wild, Chicken and Waffles, John Boutte, Alexis and the Samurai, Calvin Johnson and Native Son, Haruka Kikuchi, Alexey Marti, Waterseed, The Rebirth Brass Band, The Hot 8 Brass Band, The Quinn Steinberg Quintet, Ellis Marsalis, Steve Pastorius, Funk Monkey, H.G. Breland, Bywater Skanks, Little Freddie King, The New Orleans Jazz Vipers, the Brassaholics, The Royal Street Winding Boys, Ian Neville and Dumpstaphunk Unplugged, George Porter, Jr., Roaming Jasmine, Cyril Neville and Swamp Funk, Big Sam’s Funky Krewe, and many others who I didn’t note. I became a regular at The Spotted Cat, Bamboula’s, Buffa’s, and dba, and visited many other venues. I am not sure this is possible any other place. Nashville? NYC? Perhaps. 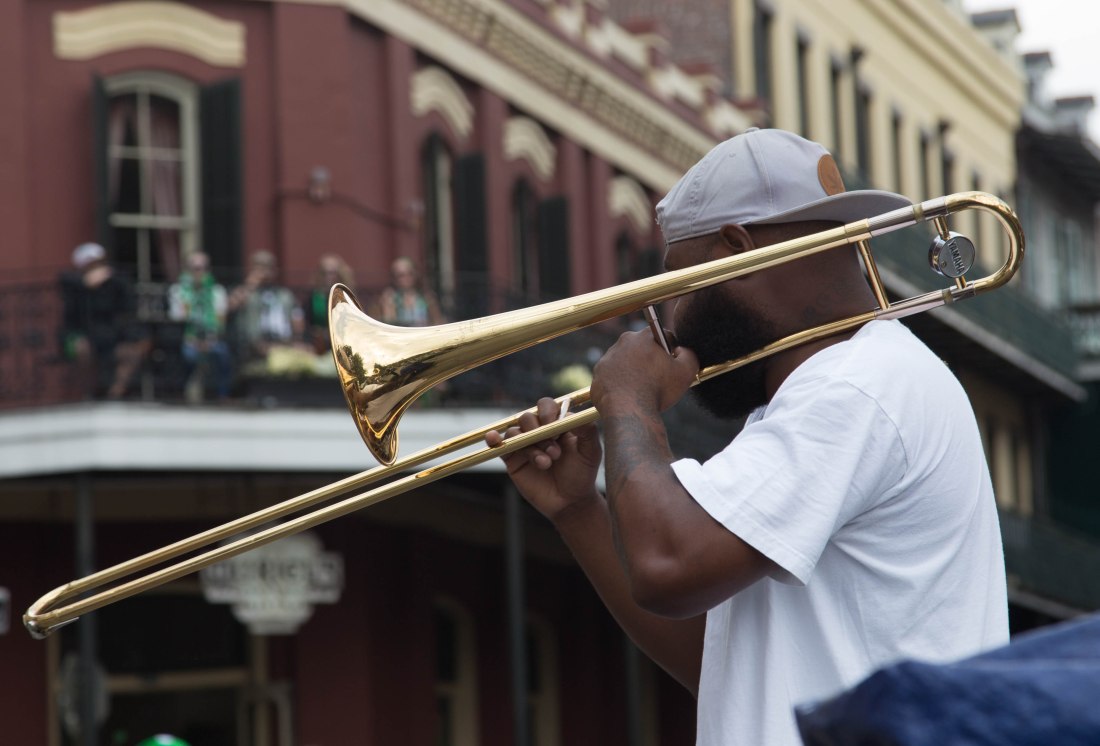 Dancing in the street to the blues. 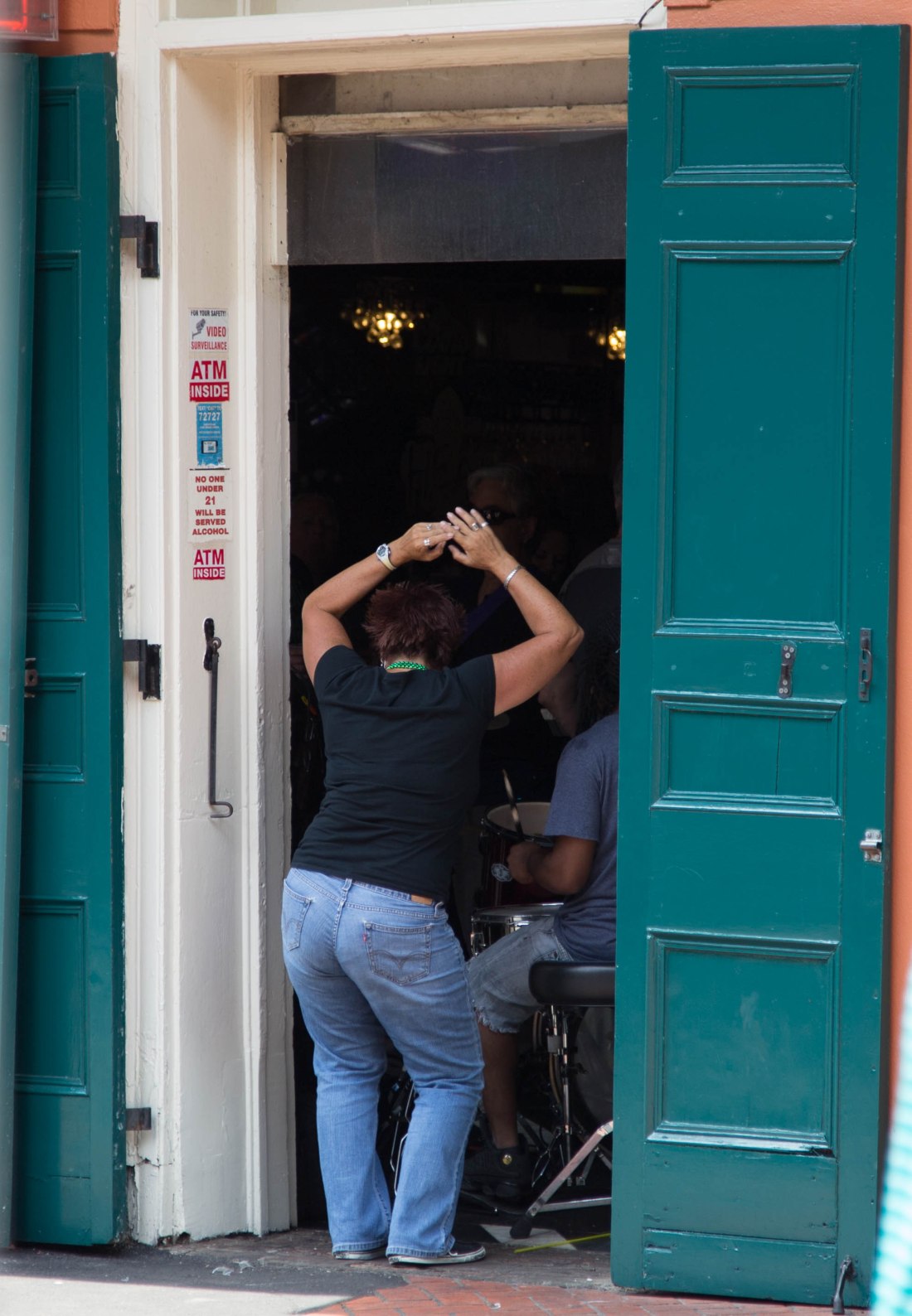 Anthony Chapman at Rouse’s on Royal. 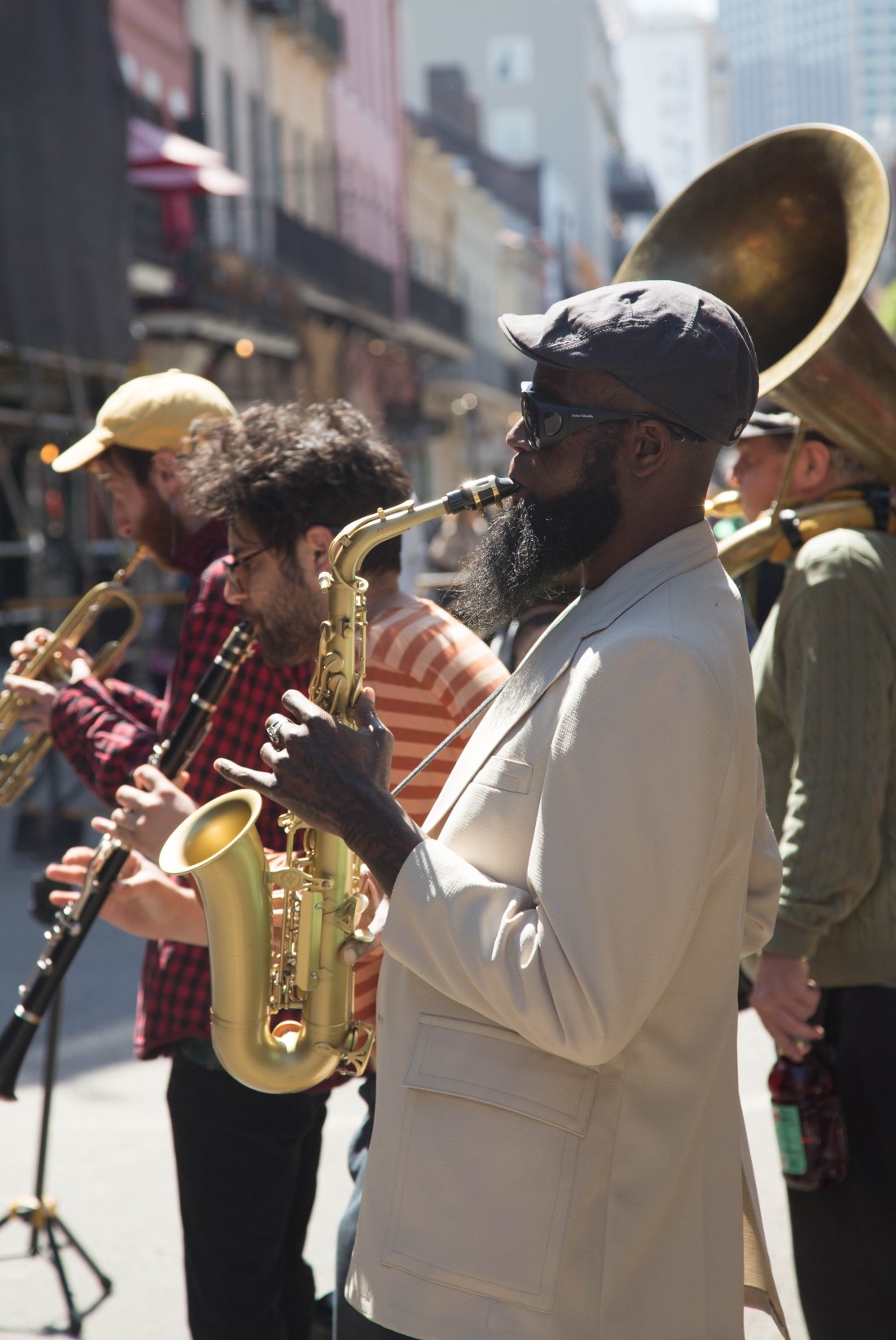 The food in New Orleans is spectacular and hits my taste palate square. I ate in white tablecloth restaurants that would compete with any, in dive bars that seemed to call into question my judgment as to cleanliness, at deli counters in the back of sketchy convenience stores, and at specialty grocery stores. I ate muffulettas, red beans, jambalaya, boudin, CRAWFISH, oysters, alligator, catfish, grits, sausage gravy, shrimp, fried okra and of course, po-boys-roast beef debris, fried oysters, firecracker shrimp, redfish, hot sausage and probably one or two I forgot. I didn’t eat in a franchise restaurant once, unless you count the second location of Ruby Slipper, kind of corporate, but still NOLA local. If you haven’t had shrimp and grits in roast beef debris gravy at Elizabeth’s, you have missed out on one of the great meals.

Lunch on the river. 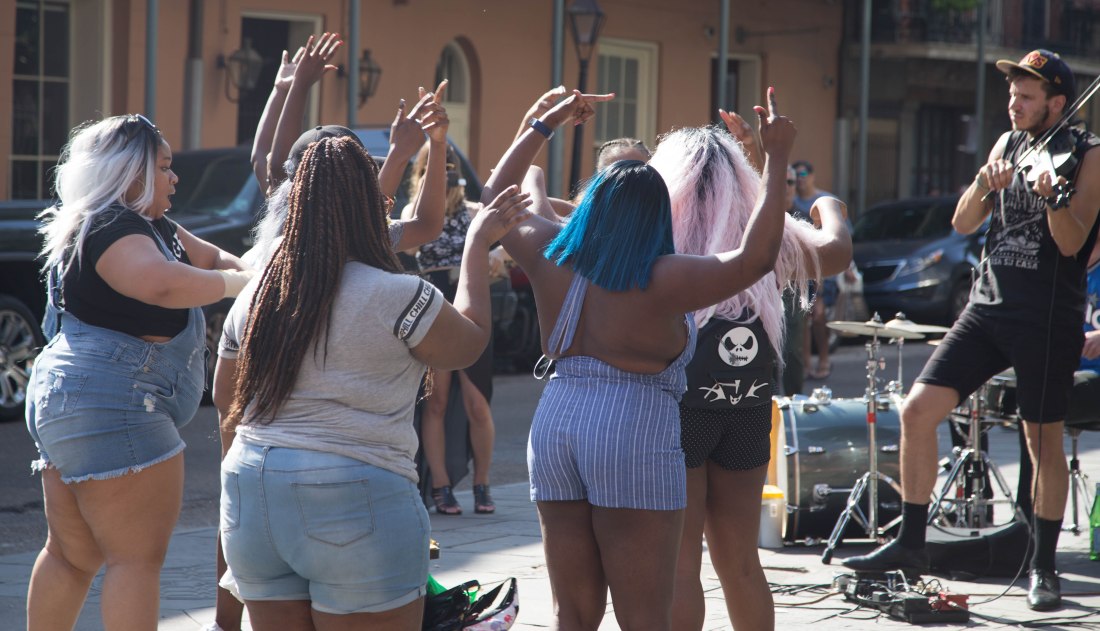 Get off my lawn, you kids! Time for the obligatory old man rant channeling John Prine, Papa Gros, and James Brown. Turn off the TV. There is nothing on. Put the phone away when you are around other people. They are more interesting. Don’t wear headphones unless you intend to pointedly ignore others. Great on a subway train, lousy if you want to interact with the world. Drop the needle in the groove, and turn up the volume. Get on up and shake that thing. Dowatchawanna. 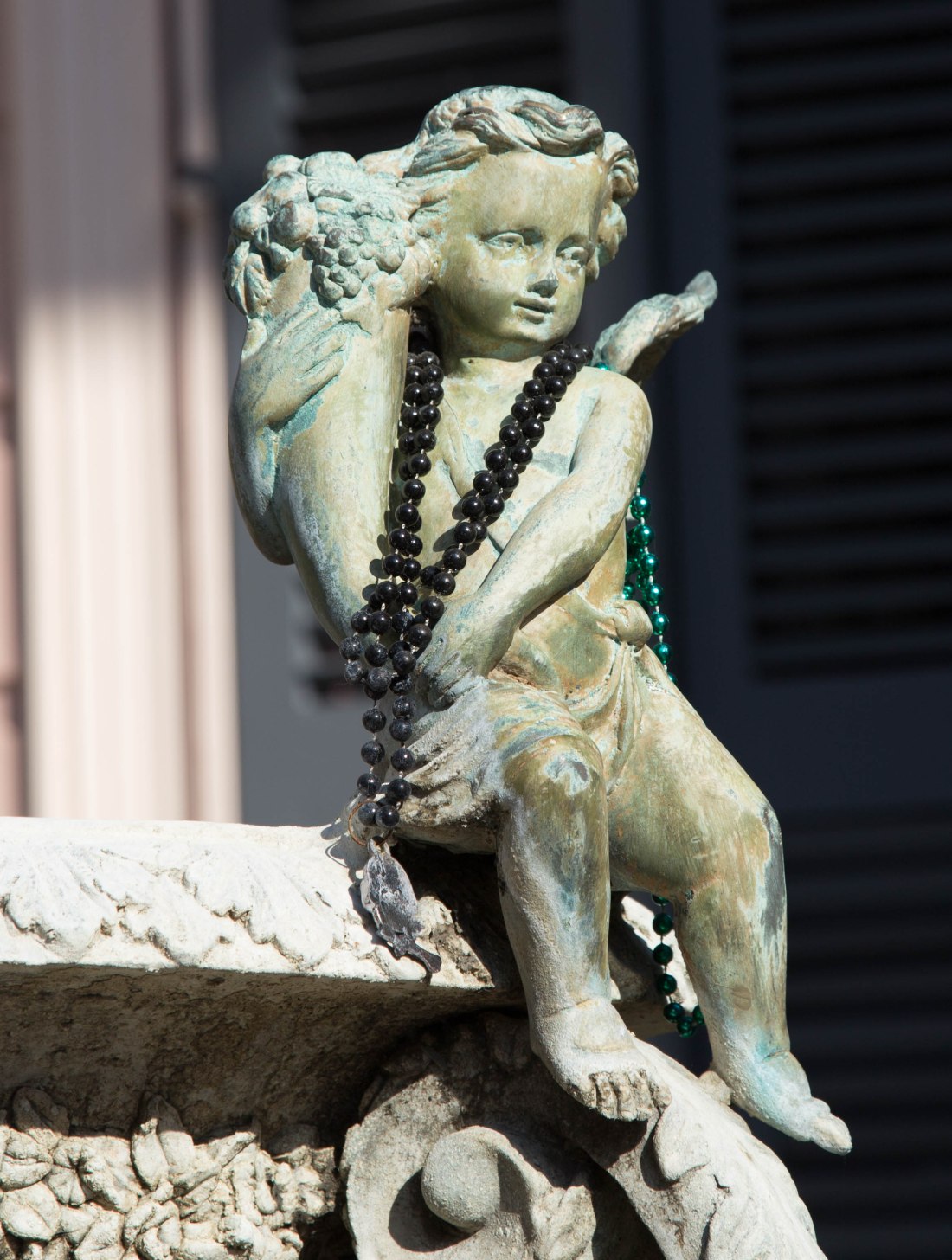