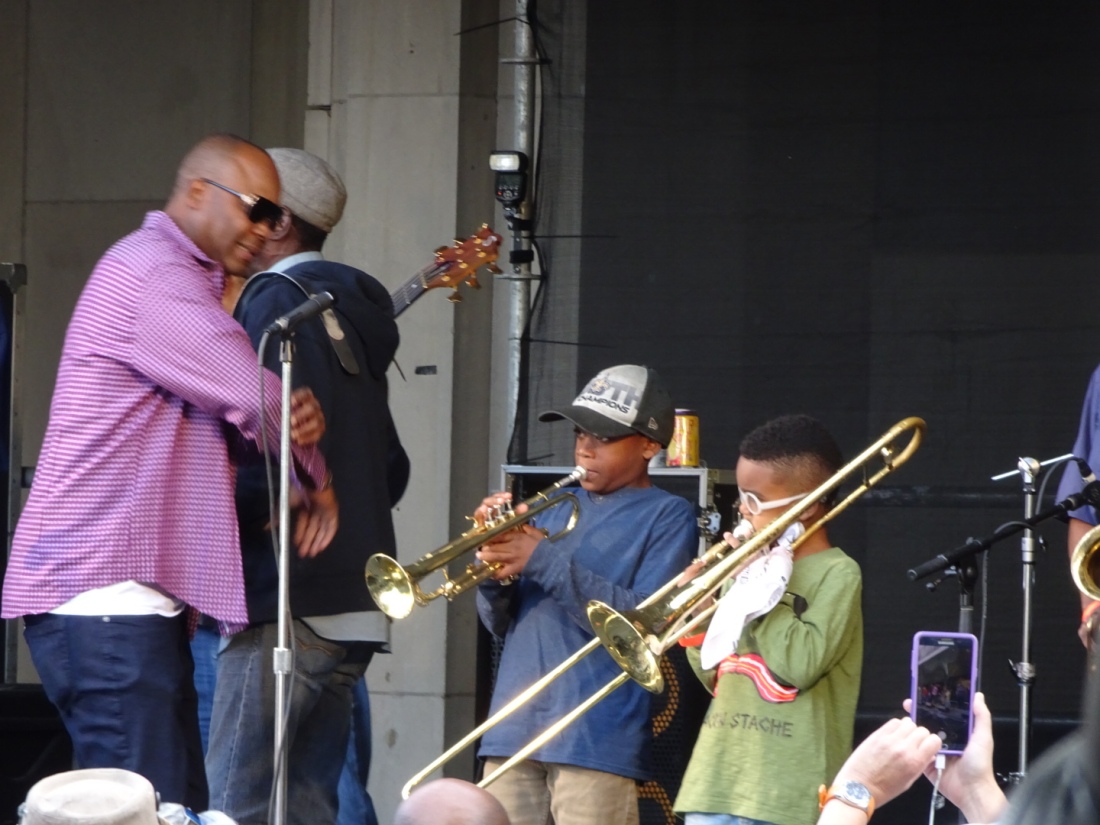 The Treme Gumbo Festival did not disappoint. The festival at Armstrong Park is about six blocks from the Chez Marigny, and is produced by the Jazz and Heritage Foundation. The food and vendor booths are concentrated near the main entrance to the park, creating an impression of a larger crowd than is there. The crowd seemed to be about half local, many from the Treme which surrounds the park and many of the retirees who seem to have a festival plan with folding chairs and Jazz Fest shirts or other bohemian wear, and about half out of town football fans(Eagles this week) escaping the Bourbon Street crazy for while. I was sporting a Saints bowling shirt, and got many compliments and some ribbing from Philadelphians. Some appeared genuinely surprised that they were not being assaulted in the streets for wearing their team colors. I think that says more about them than New Orleans.

The arts vendors failed to encourage splurge spending, although I do like the paintings on or incorporating musical instruments that Shaun Green does. I bought a portrait of Louis Armstrong with a cornet from him last year that I still enjoy.

The food lines were long, and there is only so much gumbo one can eat. I got a Caribbean style seafood gumbo from the Carmo Cafe from Julia Street booth. A woman from the neighborhood immediately in line in front of me was arguing with the cooks about what a proper seafood gumbo was, and that she got shorted on the crab legs, or that the crab legs took up too much space in the bowl, I wasn’t quite sure. I had heard that people fought over proper gumbo, but this was my first New Orleans gumbo fight. If you are going to get serious about something, it might as well be gumbo. It was the opposite of the Hydaburg “this is the best damn French Dip I ever had” with the same tone. Entertaining.

In any case, the gumbo was good, delicately spiced with shrimp, crab, and some white fish(probably tilapia, don’t tell anyone). The roux was blonde, and the crab dominated. Good stuff of a different style. Perhaps the dark roux alligator and sausage tomorrow.

I was able to see two brass bands on stage, with a marching band walking through the crowd between sets. The first was the James Andrews of the Andrews clan-I’m thinking they are dominating the brass scene right now with Trombone Shorty having jumped the fence to New York late night tv. The second band was Corey Henry and the Treme Funktet. I counted ten horns playing at once with June Yamagushi on the funk guitar. It was a real treat to see one of the best guitarists of his generation having a blast with the band.

The highlight of both sets was the kids. Two boys about ten years old, one on the trumpet and one on the trombone, were playing on stage, getting instruction from their uncles and mentors in front of the crowd, and being given solos in front of a big crowd. In the spirit of Thanksgiving week, I am thankful for being on the periphery of two living cultures, each unique in America. 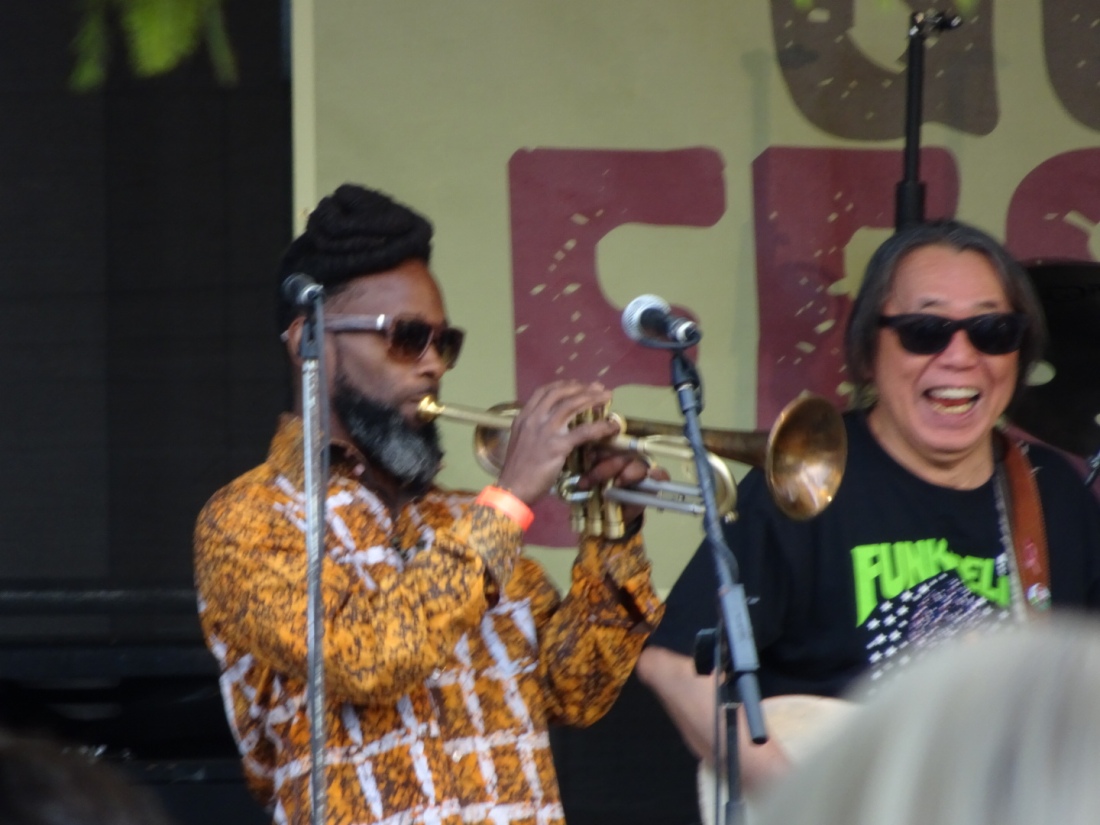