It was a great trip aboard the Voyager I with Dave, Bill, and Tim. We dove every day we could, with Bob and Bill logging 11 dives and the other guys adding impressively to their dive resumes. We had a couple of good sailing days, traveling from Puerto Rico to St. John to St. Croix, and worked the St. Croix dive sites the best we could. We saw some great wrecks and structure, and some big animals, including dolphins checking us out at 40’ deep and a trio of reef sharks at 90’ plus. We were impressed by the improvements to boat life that solar panels and refrigeration make, and had some great meals afloat and ashore. We were happy to see the islands recovering from Hurricanes Irma and Maria, but depressed to see how much damage had been done and how far people have yet to go. 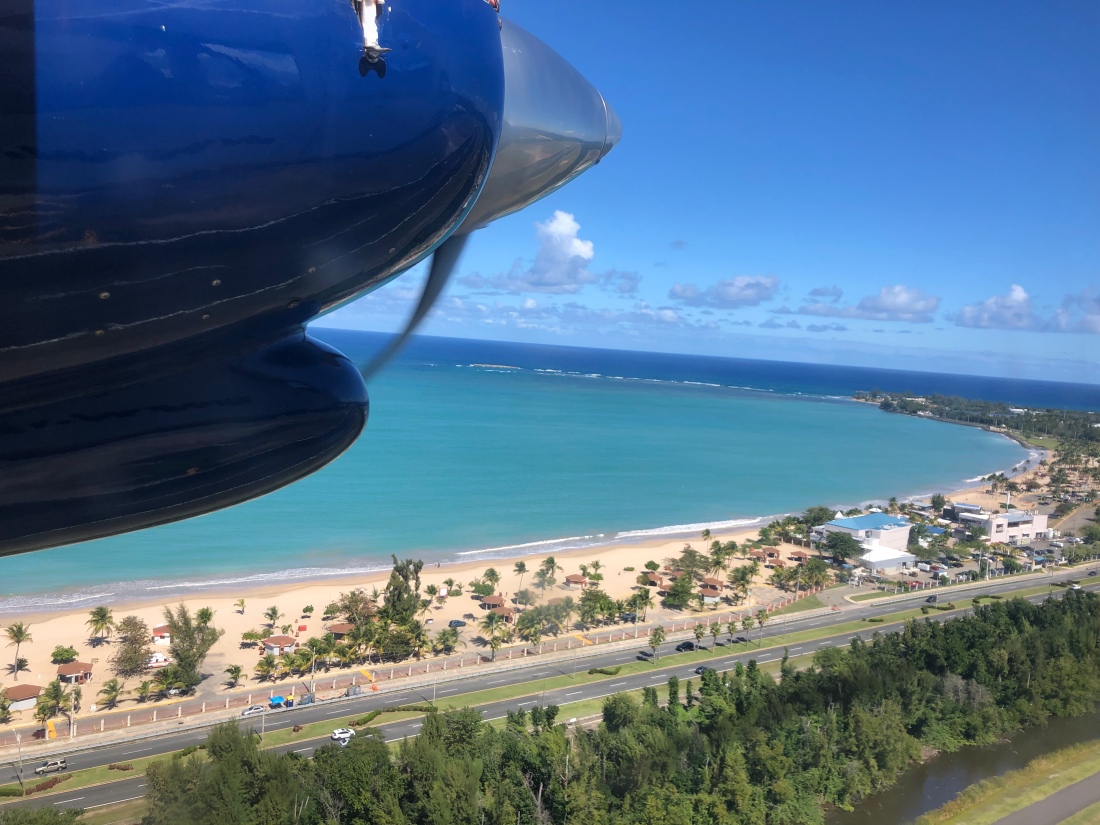 Dave and I met in San Juan and had a great meal at the beach bar Al Alambique. It was my one and only shot at mofongo and it was a good one. We were at a four-top and were joined by two other couples throughout the evening for conversation. This made the 5AM wake up as Tim arrived to join us impossible, and we left him rotting on the vine for an hour or two before we were awake enough to answer his call. We both appreciate his patience. After a walk on the Isla Verde beach in the morning we made for Culebra. 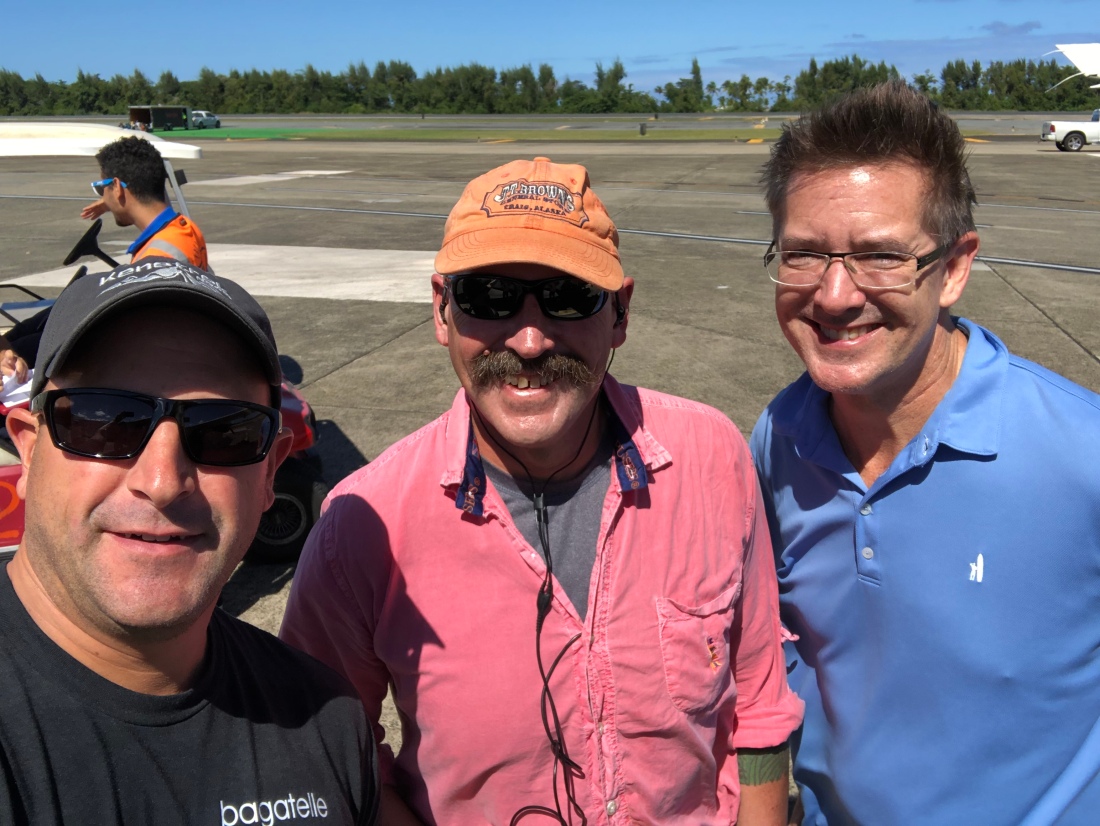 We flew to Culebra on a nice day, crammed into an Islander with all our dive gear and a couple from New York who seemed never to have been in a small plane before. The approach to the Culebra airstrip requires a flight over Flamenco Beach, a low-altitude pass through a mountainous valley and a 90 degree turn as you you come out of the valley. This is exciting even for practiced flyers in the best of conditions, and and reminiscent of adventure travel in Alaska. This time, we could see a squall line moving through the valley as we approached the larger of the hills, and rain splattered the windshield. The front wall of the squall hit the plane as we were about 800 feet up and 300 feet above the trees, causing the plane to roll and lose all lift. The pilot had his hand on the throttle and revved up through the 90 degree turn, coming square to the runway seconds before we landed when the back wall of the squall hit, causing another tilt of about 30 degrees. I was sitting next to Tim, both of us Alaska flyers accustomed to letting the pilot fly the plane and trusting them to get it done, and we were giggling and grinning, not used to pulling g’s in a commuter plane. The New Yorkers were frozen in fear, and may never fly again.

We had a great lunch at the Dinghy Dock, rebuilt after being reduced to a shell by the hurricanes, and we happy to see the huge tarpon still enthused about feeding on scraps from the restaurant. We broke a record for spending money provisioning at the Colmada Milka, spending over $500 to provision the boat and re-stock, or over-stock, the liquor cabinet.

We moved on to Bill’s Buoy in the back of Dakiti Bay, and prepped for our dive. We dove the reef out front, swimming through the gap and working the reef back. The warm water and good visibility are always pleasantly shocking, and the low surf action meant there water was not too aerated and the sand wasn’t stirred up. Tim succeeded in catching and keeping a big lobster, and as we were hunting for more, we had a pair of dolphins approach us under water at 40 feet. They swam by, turned back at us, swam by again, and slowly swam away. They were apparently curious, tilting their eyes at us to get a better look. It was a first underwater close dolphin experience for all of us, and quite a thrill.

Lobster means dinner, and we cobbled together a lobster etouffee before departing the next morning for Culebrita. We stopped briefly to check out one of the best beaches in the world, but the fresh water on the boat started drawing bees. Bill said his prior experience was that they would swarm to the water, so we decided to make it a sailing day, moving all the way across to St. Thomas, down the north coast, and along St. John to Francis Bay. we could clearly see the BVI across the channel, with Jost van Dyke and Tortola calling our names. We resisted the impulse to change plans drastically, and moored in the National Park. This is one of the great parks, and there were very few boats there. We saw very little sailboat traffic where in years past we saw nothing but sails and crowded anchorages. It was refreshing to be out of the crowds of inexperienced charter captains and their groups, but a little depressing to see that the BVI/USVI fleet has not really recovered. I snorkeled the beach, being tailed by a 6 foot plus barracuda, and saw the biggest turtle I have ever seen. He was at least 6 feet long and 4 wide, covered with sea life including three remoras. The remoras were as long as my arm and were feeding on the algae on her shell.